We are excited to announce that the Alpas, our super soft stay-put approach disc has been PDGA approved!

If you play hilly or mountainous courses you know that one of the most frustrating things in disc golf is watching a good throw, hit the basket tray and roll all the way to the bottom of the hill quickly taking your projected score from a birdie to a bogey.

You can now avoid that pitfall with the Divergent Discs Alpas.

This disc is ultra soft, floppy, and can literally be bent in half making it perfect for approach shots that you want to stay putt without any skip or rollaway.

The Alpas is a thin profile disc (1.9cm) with a completely flat top. It is stiff enough to be thrown comfortably but flexible enough that upon impact it collapses and stays put.

Unlike our other discs made of thermoplastic polyurethane, the Alpas is made compressing silicone polymers. This process allows us to use a variety of mixed color patterns similar to the way Vibram rubber discs were made in the past.

At low speeds used for approach shots the Alpas exhibits a slightly overstable flight path with a consistent finishing fade.

If thrown with high power, the Alpas will exhibit a degree of high speed turnover. However this disc is not designed for high speed throws but is primarily for use as an approach disc.

We give the Alpas the following flight ratings:

When can I buy it?

Before we mass produced this disc we wanted to make sure that it passed PDGA approval for PDGA approval. Now that it has successfully passed we will begin mass production and hope to have this disc available for purchase in the United States and Europe by the end of July, 2021.

Be sure to follow us on social media for updates on when the Alpas will be available. 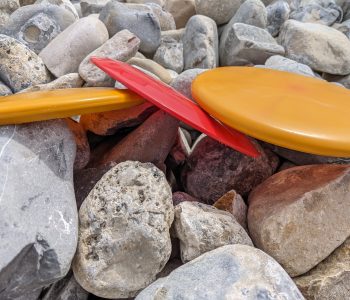 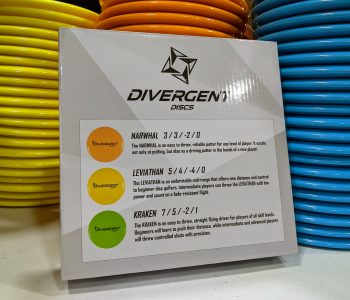